Barcelona, Spain’s second largest city, is located in the autonomous region of Catalonia. Itsits on the northeast coast of the peninsula, normally called Costa Brava. Barcelona is the capital of the province (which shares its name) as well as of Catalonia. The populationof the city is about 3,200,000.  A uniquefact about Barcelona is the language; Catalan, also a Romantic language, is widely spokenthroughout the Catalonian region.

Barcelona is one of the country’s main economic centers, partly due to it beinghome to one of the Mediterranean’s most major ports. Previously, Barcelona was mostly involved inthe manufacturing industry, but today they have expanded into textiles,chemistry, logistics and telecommunications as well. There is an internationalairport just outside of the city that is also the second largest in Spain.

Barcelona’s history is said to have startedaround the close of the Neolithic Era, sometime around 1500 B.C. During the 2ndPunic War, Carthaginians took control of the city, and it was re-founded byAmilcar Barca, who was the father of Hanibal. The Romans conquered the city around218 B.C. and renamed it Barcino.  It soonbecame a center of commercial trade and by the 3rd century A.D. ithad a population of 8,000 people. In the 400’s, Barcelona became the capital ofthe Visigoth Empire, but only for a time, until the city was being fought overwith the Christians versus Muslims. After the Muslim general Al-Mansur gainedcontrol in about 985, the city was almost completely destroyed, but soon areconstruction began and the city grew as an important part of the Crown ofAragon. It flourished in throughout the 13th – 15thcenturies, in comparison with cities like Venice and Genoa.

Aftermany years of tension and the Catalan Revolt from 1640-1659, plus the War ofthe Spanish Succession in the early 1700’s, Catalonia lost control of itsself-rule. But, throughout the 18th and 19th centuries, Barcelona regained economicstanding, and with the help of industrialization it took a standing as animportant part of Europe. This was known as the Renaixenca (Barcelona’s Renaissance).

Inthe 19th and 20th centuries Barcelona grew immensely. Thecity hosted two World Fairs. They also built the Metro system, as well as theport, both of which boosted the city, economically and industrially. Thingswere rapidly growing in Barcelona until 1936 when theSpanish Civil War broke out. Although the city had the support of the Republic,rebellions and uncontrollable immigration from the South caused the city tobecome somewhat chaotic. It was bombed many times and in 1939 Franco’s troopsarrived and took over power of Barcelona.

Since the downfall ofFranco’s dictatorship, Barcelona has rebuilt and thanksto its previous standing as a cultural center of Europe, it has re-blossomedinto a significant city in the world and one of Spains most popular destination to learn Spanish is a Spanish Course in Barcelona. 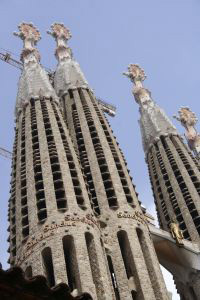 Barcelonais world famous for its rich culture and dynamic atmosphere. Many Europeans aredrawn to the city because of its tie to the Mediterranean Sea, as well as itsproximity to the Pyrenees on the French-Spanish border. As home to sucharchitects as Antoni Gaudí, Barcelona offers a mass of art, sculpture andimpressive masterpieces, plus there is a wide range of outdoor activities.

Barcelona has several museums worth visiting, some of the most popular are:
National Museum of Art ofCatalonia, BarcelonaMuseum of Contemporary Art, the Miró Foundation and theGaudí Museum. There are also many fine art performances to be seen inBarcelona. Gran Teatre del Liceu is world renowned as one of thefinest opera houses.

If you are looking to enjoy a beautiful day outside in Barcelona you can spendit on one of the beaches, Barcelona has about 4.5 kilometres of beaches. Thereare a variety of water sports available to those who want an adventure. Not toofar away are the mountains as well, for those extreme-sport enthusiasts you cando hiking, rock climbing, mountain biking and many more exciting activities.

Barcelona has adynamic gastronomy featuring strong Mediterranean flavors. Many dishes are prepared solelywith products directly from the land and sea. The use of olive oil, freshproduce and vegetables from area crops, fish and meat all combine to makeBarcelona’s original gastronomy. Acommon dish in the city is called laescudella which is a type of stew that is comprised of noodles, rice andvegetables (especially potatoes). Another meal that has a variety of seafood, which is not uncommon sinceBarcelona is next to the sea, is called Zarzuela.Traditionally, zarzuela is made up of prawn, mussels, cuttlefish and lobster.

Desserts are a big part of Barcelona’s cuisine. One popular one, sporting thename of the region, is Crema Catalana.It is made from a custard base that is topped with carmelalized sugar. Sometimes it can be found with honey or nuts to topit off. 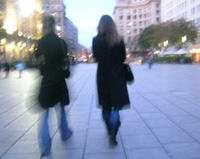 Barcelona has one of the top nightlife scenes in all of Europe, possibly throughout theworld. There is something for anyone and everyone in this city. Each place isset up with a distinct atmosphere; you can find clubs, wine bars, discos, pubsand places that cater to a specific genre of music. Because of the huge numberof tourists in Barcelona, plus the thousands of locals, you can find something happening anynight of the week. In the summer, it is quite popular to go out near thebeaches and Barrio Gótico (which is popular all the time) is more bustling inthe winters. Of course, the popular stretch of Las Ramblas is a good place togo out, as well as El Raval and El Born. Like any Spanish city, going outstarts later at night. After dinner which is around 10 p.m. or so, people met tohave some wine or just relax until midnight or 2 a.m. when the people startgoing out.